STEM may be the future—but liberal arts are timeless

Recently I was part of a dinner conversation attended by a range of leaders in the tech world, from people running incubators and accelerators to ad agencies and design studios. The guest list included representatives from Facebook, Grand Central Tech, BetaWorks, IDEO, and Ipsos.

But despite their titles and technical nature, this wasn’t a crowd of computer-science majors and engineering minors: Every person invited to this dinner happened to have a liberal-arts degree.

Many tech-sector folk have made arguments about the irrelevance of liberal-arts education. According to the late director of the Cato Institute, Andrew J. Coulson, “The traditional association of liberal-arts education and four-year colleges was already becoming an anachronism before the rise of the World Wide Web. It is now a crumbling fossil.” During the Republican primaries, candidate Marco Rubio falsely stated that welders make more money than philosophers. And tech investor Marc Andreessen thinks that English majors will just “end up working in a shoe store.”

But there may be a correlation between professional success in the new STEM-focused economy and training in the liberal arts.

Many of America’s top traditional business people have liberal-arts degrees. In fact, literature and philosophy majors often turn up in the profiles of tech entrepreneurs: LinkedIn founder Reid Hoffman attributes his success in part to the masters in philosophy he completed at the University of Oxford; the founders of Flickr and Hunch—Caterina Fake, an English literature major, and her partner Stewart Butterfied, who went on to develop Slack—have both a BA and an MA in philosophy; angel investor Chris Dixon also has a BA and an MA in philosophy; and the CEO of YouTube, Susan Wojcicki, is a history and literature major. Even Jack Ma, the CEO of one of China’s—and the world’s—most successful e-commerce platforms, Alibaba, is an English major.

With leaders as impressive and successful as this cohort, why do we still dismiss such academic endeavors?

The perceived diminishing value of a liberal-arts degree is likely fueled in part by the rising expense of higher education, which puts tremendous pressure on families and students to justify education in immediate remunerative terms. If you study computer science, you can graduate straight into a six-figure starting salary—or you can spend just as much money studying English literature and be lucky to land a $32k starting job as an editorial assistant. You choose!

Society has therefore devalued the study of literature, history, politics, philosophy, and sociology as wasteful or pointless. Many suggest we all just should learn skills such as coding, digital marketing, and web development instead.

But this is not the direction the world is heading in. Professional requirements are changing so quickly in the real world that lessons deemed relevant in the first year of college are barely relevant upon graduation—and much less early into one’s career.

A strictly technical education may carry a short-term promise (a job), but it also carries a long-term peril of not being well prepared for ongoing change. Instead of teaching students narrow skills, we need to prepare them with the skills to think, communicate, collaborate, design, and make their—and our—futures.

The frothy period of tech is settling into a profound shift in the way we live and interact. It is becoming increasingly clear that the skillset gathered through both informal learning and a broad-based education will provide the necessary abilities and knowledgebase to perceive the path forward in this emergent socio-technical landscape.

We are in the midst of a socio-technical transformation. Due to the emergence of machine learning, AI, and biotechnical innovations, our understanding of what it is to be human is under scrutiny and reevaluation. Reflecting on these questions raises another challenge: not just to preserve humanity, but to reflect on its new forms.

The most critical issues we face are not the latest breakthroughs in technology itself, but rather thinking through the implications of these breakthroughs. A liberal-arts approach to learning engages with the broader human questions of this rapid transformation.

The most serious questions are often asked too late. How will AI change our way of being in the world, and shape how (and if) we work, learn, and live together? What will it mean for city and rural life? Will it change how we receive basic services and how we actually experience the world around us? Those in STEM fields may be studying how to create these technologies—but people in liberal arts fields are learning about how to live with them.

The capacity to understand the constraints and opportunities that are presented during times of transformation is key. This requires insight, perspective, self-reflection, and an entrepreneurial sensibility—all qualities taught in liberal-arts education. The ability to recognize the political, social, historical, and philosophical implications of contemporary experience is not only the hallmark of a liberal-arts education but also the trick of life-long learning.

This makes liberal-arts education not just a museum piece—it’s a living form of learning. Technology is changing so quickly that relevant skills need to be accessed in a real-time training model. Knowledge, however, is best suited to the challenge of learning about what it means to be human today. 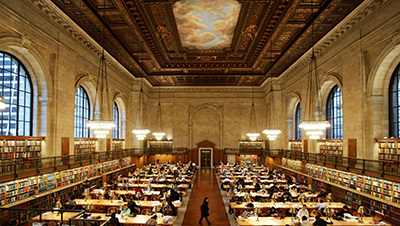