How a humanities degree will serve you in a disruptive economy

I don’t know why we call them “soft skills.”

They’re certainly not easy to learn, although they are as valuable and necessary as the skills doctors use in surgery, bankers use to assess risk and physicists use to split atoms.

These essential skills are the ones most sought by some of the largest, most successful organizations. Those blue-chip employers recognize that their future leaders are people who can understand and communicate about the world around them, who can see the whole picture and find ways to fit into it.

People learn to do this by studying the humanities, the academic fields that have somehow fallen from the nest of subjects considered most worth studying.

Skills for an age of disruption

Since the Second World War, the pragmatic, empirical disciplines of science, technology, engineering and mathematics (STEM), as well as business, have risen to prominence. They have been hived off the traditional, all-purpose liberal arts education, which was designed to prepare students for full participation in the adult world.

The tide now appears to be turning, as it becomes clear that essential skills enable us to adapt and thrive in our rapidly changing world and bring the technical skills to life.

RBC Royal Bank — a corporation known for its business successes — took a yearlong, cross-country look at what Canada’s job market will be like in the 2020s. Its report this spring, Humans Wanted: How Canadian youth can thrive in the age of disruption, offered some compelling projections, including the following:

The Canadian economy is expected to add 2.4 million jobs over the next four years, all of which will require this new mix of skills.

Global competencies such as cultural awareness, language and adaptability will be in demand.

Virtually all job openings will place significant importance on judgment and decision-making and more than two thirds will value an ability to manage people and resources.

The report confirms what many business leaders have been saying for years: Educators should be leaning harder on the humanities to build those foundational skills in graduates — not just through degree programs in the humanities, but also by incorporating more humanistic teaching into STEM and business education.

Investor Mark Cuban says the employment market of the near future will demand fewer hard skills since technical tasks are increasingly being performed by computers. Instead, he says, we’ll need more people who can put information into human context.

Steve Jobs, the late co-founder and CEO of Apple, once said: “It is in Apple’s DNA that technology alone is not enough — it’s technology married with liberal arts, married with the humanities, that yields us the results that make our heart sing.”

Recent books such as Scott Hartley’s The Fuzzy and The Techie: Why the Liberal Arts Will Rule the Digital World and Christian Madsbjerg’s Sensemaking: The Power of the Humanities in the Age of the Algorithm, make similar points very powerfully.

Still, we keep still hearing the same question from parents and even from humanities students themselves: “What can you do with a humanities degree?”

It can be hard to convince these parents and students that the humanities are the training they need.

You might be writing a history essay, for example, but you’re developing important broader skills by doing it.

You’re gathering information from different points of view, you’re using it to marshal an effective argument and to present it effectively in writing, with supporting evidence.

The fact that the content is history doesn’t matter in the end: You’re developing skills in research, critical thinking and written communication.

A study conducted across five medical schools in the United States found that trainee doctors who were exposed to the humanities had higher levels of positive personal qualities such as empathy, tolerance for ambiguity, wisdom, emotional intelligence, self-efficacy and visual-spatial skills. Exposure to the humanities also reduced levels of some components of burnout.

We won’t need as many coders, but we will need people with digital literacy. Many STEM jobs will be automated. A disruptive culture needs people who can adapt.

It takes time to cultivate the essential skills that enable adaptation. Learning to work collaboratively and to understand new perspectives takes time.

Not everyone is willing to wait, nor do they necessarily trust the outcome of a humanities education. Many employers still recruit for degrees and credentials that apply specifically to the field. They may say the “soft skills” are important, but how much of a priority do they really make of them?

The skills that result from studying the humanities develop obliquely, and that may have caused us to lose our sense of their value.

Yet these are highly transferable skills. They are valuable and necessary today. They are worth making the investments of time and trust, because they will be worth even more in the years to come. 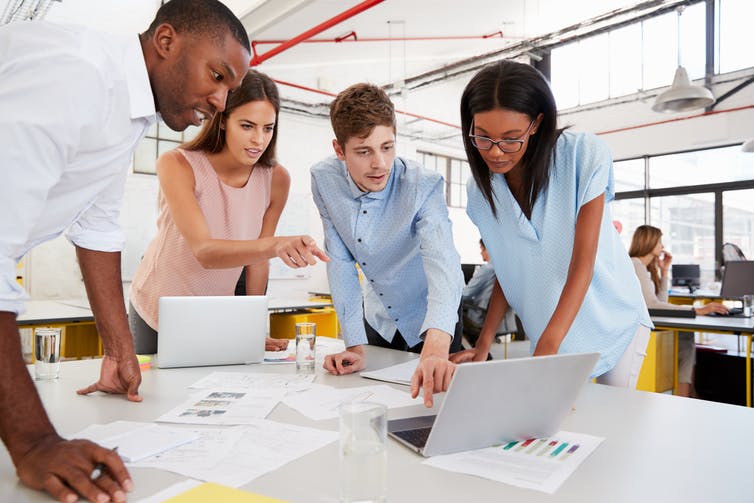