Two practicing attorneys and one Marion County magistrate have been named as Marion Superior Court judges, the first time the county’s judges have been appointed pursuant to merit-based selection.

Republican Gov. Eric Holcomb announced his selection of Charnette D. Garner, Jennifer P. Harrison and Magistrate Mark A. Jones on Friday, more than two months after the Marion County Judicial Selection Committee named nine finalists to fill three upcoming vacancies on the Marion Superior Court bench. The vacancies will open at the end of the year, when judges Becky Pierson-Treacy and Thomas Carroll, Democrats, and Michael Keele, a Republican, retire.

“Charnette Garner, Jennifer Harrison and Mark Jones are eminently qualified to sit on the Marion Count Superior Court,” Holcomb said in a Friday statement. “They have the temperament, experience and education to fairly and impartially apply the law and I look forward to many years of distinguished service from these three judges.”

Holcomb made his selection after the 14-person committee, led by Indiana Supreme Court Justice Mark Massa and Indiana Court of Appeals Judge Cale Bradford, interviewed 40 candidates to replace the retiring judges in May. The applicants sat through one round of interviews before the nine finalists were selected and a letter detailing the finalists’ qualifications was sent to Holcomb.

Garner is currently chief counsel for the Marion County Prosecutor’s Office, where she returned to in 2015 after a nine-month stint as an assistant United States attorney. Garner holds a bachelor’s degree from Indiana State University and a law degree from Missouri-Columbia School of Law.

Jones is also an IU and IU McKinney alum who currently serves in the Marion Superior Court as a magistrate. Before ascending to the bench, Jones worked for the MCPO, the Indiana Supreme Court Disciplinary Commission, the Indiana Attorney General’s Office, the Marion County Public Defender Agency and in private practice.

The new judges will be sworn in on or after Jan. 1. 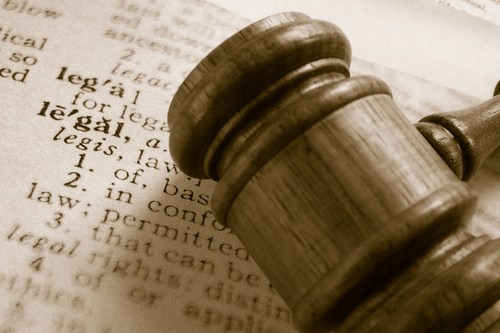