Art Guild's artist of the month featured at library

Wabash Valley Art Guild is featuring works by local artist Michael R. Elmore through the month of July in the Vigo County Public Library at Seventh and Poplar streets.

Elmore studied commercial and fine arts at Edwards School of Art and Ursuline Academy in Springfield, Illinois; at Catholic University of America in Washington, D.C.; and at Indiana State University. He has had paintings exhibited at the Merchandise Mart in Chicago, Swope Art Museum in Terre Haute, the Mayflower Arts Center in Troy, Ohio, and the Evansville Museum of Arts, History & Science. His paintings, sculptures, and murals are found in both public and private collections in Mexico, Colombia and Switzerland. He primarily works in oil, egg tempera, and encaustic media.

The July exhibit includes works that stemmed from travels, experiences, as well as inspirations drawn from other artists. On “Constanza Castro,” a profile portrait, Elmore said that “... several contemporary painters in realism have adopted this simple design, proving you can capture character and personality even when the subject’s eyes are not looking your way.”

“Nature’s Cathedral Transom” originated as Elmore walked a wooded lane that opened into a clearing bordering a lake. The branches above him “interlaced like the transom of a Gothic cathedral’s stained glass window,” Elmore said. “The composition here was borrowed from a painting by the early 20th-century Canadian artist, Tom Thompson — but flipped over. That is to say, the roots and the undergrowth became the transom of branches at the top of the painting, and the sky became the lake in the foreground.”

Elmore’s travels often include Oregon, United States, and Geneva, Switzerland, both of which have offered abundant views that have inspired some of his paintings, also included in the exhibit.

For more information on his art, Elmore can be contacted at hauteart14@gmail.com. 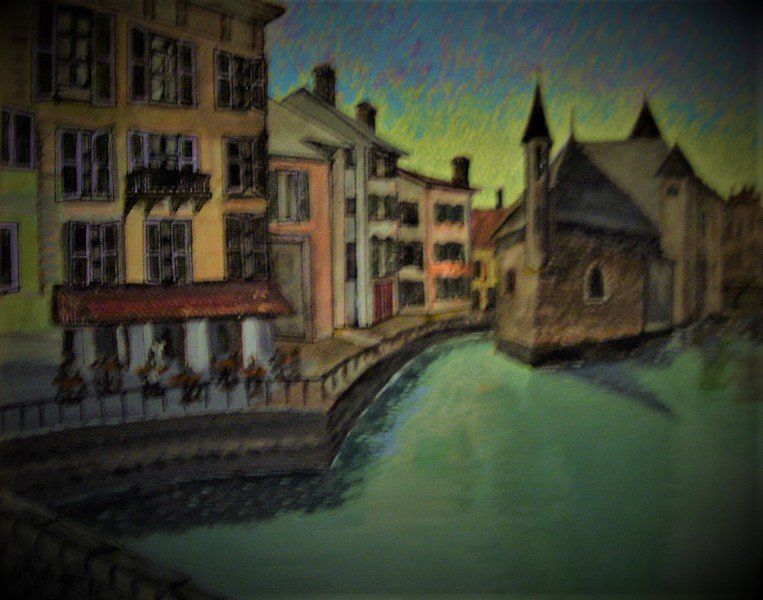