Andrew Pollom joins the institution after his role as the associate dean of students at Lake Forest College in Illinois. Before that, he worked in a similar position at Concordia University Chicago, where he successfully managed student housing growth, among other projects, according to a news release from Franklin Pierce.

Pollom has also taught higher education courses relating to college transition and organizational behavior as an adjunct professor and guest lecturer. He has published and presented research on underrepresented student populations, organizational culture and student success.

Pollom earned his doctorate in education from Benedictine University in Illinois and his master’s and bachelor’s degrees from Indiana State University.

He succeeds Jim Earle, who left after 27 years with Franklin Pierce, according to a spokesman.

“I am energized personally and professionally to join a community that is focused on positive changes, growth and advancement,” Pollom said in the release. “I am excited about working with the people in the FPU community — their love of students, the work they are doing, and their respect for each other is evident and infectious.”

Sierra Hubbard can be reached at 355-8546 or at shubbard@keenesentinel.com. 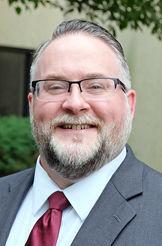