Mark Bennett: Can a Wabash city grow, instead of decline? It's happening in Lafayette

Vigo County’s complicated future would be less headache-inducing if the community were growing.

Instead, the county population fell by 295 residents last year, the state’s fourth largest drop. Most of the loss came through people moving away. Vigo County schools enrollment has dwindled by 1,709 students since 2005. By 2050, the county’s overall population is projected to shrink by another 1,822 people.

Amid that situation, folks living in and around Terre Haute are weighing the size and cost of a proposed new county jail, on top of added taxes for public safety, city trash collection, restaurant food and beverages, and a new downtown convention center. Also on the horizon is a referendum this fall to help fund school safety officers and measures, smaller class sizes and a more competitive starting pay scale for teachers in the Vigo County School Corp. In 2021, another referendum will seek funds to renovate aging school buildings.

Many of those same difficult steps already have been hashed out in other Hoosier cities in the decade since the state shifted a large share of funding responsibilities onto local entities. Many are projected to grow in the coming decades by the Indiana Business Research Center at Indiana University’s Kelley School of Business.

Terre Haute shouldn’t resign itself to fulfilling that prediction of perpetual shrinkage.

“Can we reverse the trend? Can we start to grow as a community?” Vigo schools superintendent Rob Haworth asked rhetorically during an interview with the Tribune-Star editorial board earlier this summer. The VCSC is now working to regain students lost to virtual schools or transfers, but the broader concern of the community’s decreasing family-age and overall population remains.

Growth is happening in Tippecanoe County, where sister cities Lafayette and West Lafayette sit on both sides of the Wabash River.

Of course, Tippecanoe County is also home to a Big Ten school, Purdue University, but that’s not a new development. Purdue’s been there for 150 years. In 1970, Vigo had 5,000 more residents than Tippecanoe. Today, that fellow Wabash River county’s population is 193,048 compared to Vigo’s 107,386. Greater Lafayette ranks among the 100 fastest growing metropolitan areas in America since 2010, U.S. Census numbers say.

The Lafayette metro is one of the “smaller success stories” cited in “The Rust Belt’s Mixed Population Story,” a July article in City Magazine, a public policy publication.

“It’s a bunch of stuff. It’s not just one thing,” West Lafayette Mayor John Dennis said Wednesday. He’s in his 12th year in office and has lived in that community since early childhood. Except, that is, for his days in Terre Haute as an Indiana State University student during “the Bird years.”

Certainly, Purdue is “a major economic driver. Not only that, it’s an economic stabilizer” during recessions, Dennis said.

Also vital is the interaction between the public entities — such as West Lafayette (population 48,308) and Lafayette (72,168), the university and the county, Dennis and Lafayette Mayor Tony Roswarski both said this week. The entities have some joint public boards. “We plan parks and quality-of-life amenities together,” Roswarski said.

“We work cooperatively together. It’s not just a phrase. We literally cooperate,” Dennis insisted. The river enhancement corporation is a prime example. Some of its results can be seen by walking across John T. Myers pedestrian bridge, formerly a vehicular span now connecting walkers and cyclists to Lafayette’s Riehle Plaza, a popular events center, and West Lafayette’s Tapwingo Park.

While Purdue and its research foundation are on the west side, Lafayette on the east houses “a tremendously robust advanced manufacturing sector,” Roswarski said. Swedish-based Saab announced plans to build a fighter jet plant in West Lafayette, and Lafayette committed incentives to help the neighbor town land the facility, “because we know it’s going to help Lafayette,” Roswarski said.

For Lafayette and West Lafayette, the river is “the linchpin” of their combined growth, Dennis said. “Instead of being a barrier between the two cities, it’s a zipper that brings the two cities together.”

Regularly, projects and routine city tasks require collaboration between Dennis, a Republican, and Roswarski, a Democrat. They’re both retired Lafayette police officers and have been friends for nearly 30 years. “We rode around in the same squad car for a long time,” Roswarski said Thursday.

They oversee cities with “a unique mixture” of assets, as Roswarski put it.

Indeed, any two regions have apples-to-oranges differences, and that’s true for Vigo and Tippecanoe counties. Still, the Lafayette area isn’t the affluent Indy suburbs. It’s a college community on the Wabash River, about an hour from the state capitol. Tippecanoe County is growing and it appears that will continue. Vigo County — where several efforts have begun that could reverse the local population decrease — can benefit from borrowing some of Lafayette’s ideas and mojo. 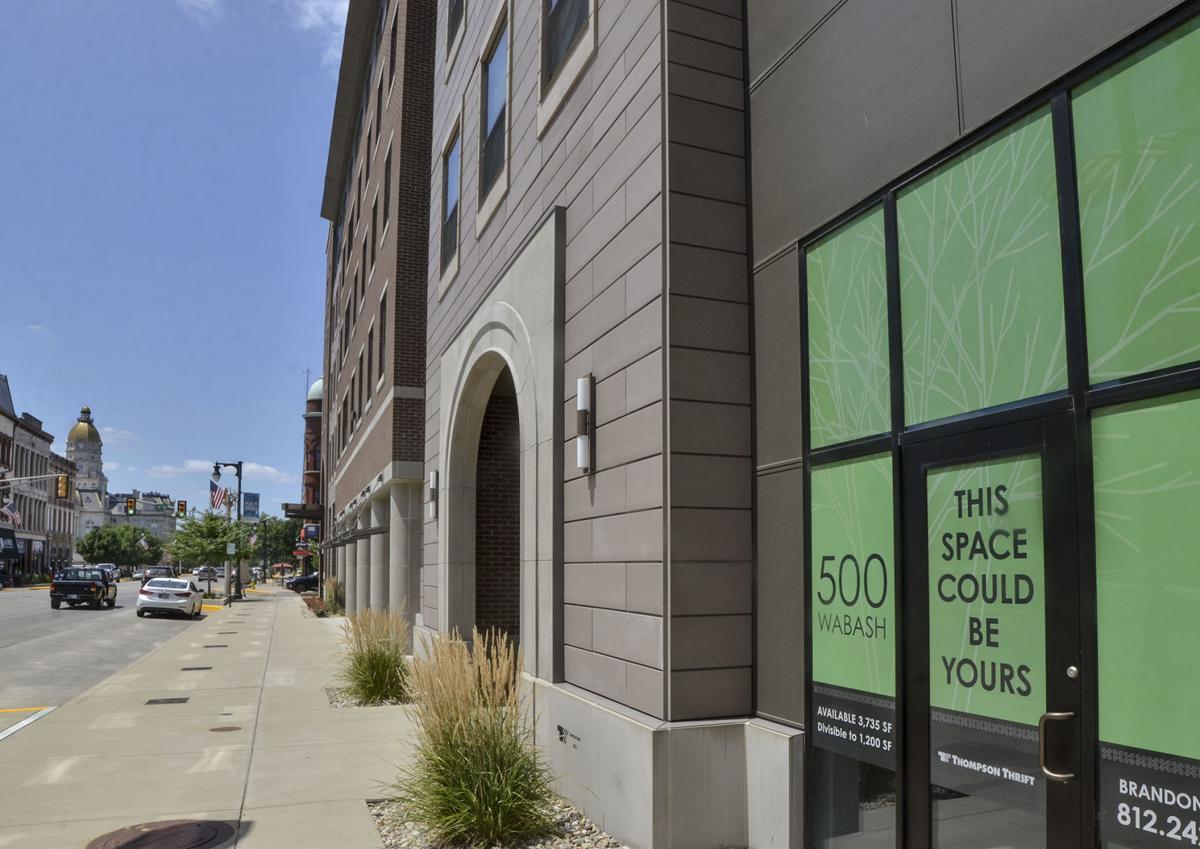