Maddi Hellmich is a part of history, both on campus and in the world.

Hellmich, a senior President’s Scholar from Greensburg, Ind., was one of the founding brothers of Indiana State’s chapter of Alpha Phi Omega, a co-ed service fraternity. In addition, the Honors College student completed an internship with the Smithsonian Institution this summer, where she conducted research necessary to further the American Women’s History Initiative.

During Hellmich’s freshman year, she struggled to find a student organization that felt like the perfect fit for her until a student who had transferred from another university approached her about founding Alpha Phi Omega. “I really value community service and the connections you get to make with people through service,” Hellmich said. “This sounded like an organization that would match all of my interests and my dedication to service. To be able to start from the ground level and invite other people to join us in this journey of getting chartered was really exciting.”

Initially, Alpha Phi Omega only had five members. Hellmich served as the chapter’s first service vice-president, and, through her efforts, the organization became more well-known on campus. Alpha Phi Omega’s 36 active members and 22 pledge members now register over 500 service hours per semester through programs such as the Garden Club and Spring Youth Service Day at Benjamin Franklin Elementary School. “We provided the club with volunteers every week to teach students about nutritious fruits and vegetables,” Hellmich said. “They have an actual garden outside where they plant and harvest food, and then they get to take it home. We want to teach students how to grow their own food.”

For Hellmich, community service is a chance to learn from those around you. “I like seeing the connections people make in the community through service,” she said. “I like to watch people build leadership skills and grow and flourish as members in the organization.”

Hellmich herself flourished from her involvement in Alpha Phi Omega. During her term as chapter president, she was given the opportunity to attend the Alpha Phi Omega National Conference in Austin, Texas, where she served on the voting floor for the national organization. “People actually had a lot of unique questions for us because we were a new chapter, and they wanted to know how the chartering process went and the challenges we faced,” she said. “I feel like we were useful to provide that insight.”

Hellmich’s influence is felt far beyond Indiana State or the Terre Haute community. This summer, she was one of 13 students selected from over 1,000 applicants from a nationwide search for the first Because of Her Story internship with the Smithsonian Institution. “The American Women’s History Initiative started in 2016,” Hellmich explained. “There was a congressional committee that did a year of research, and they concluded that there needs to be a separate space for women’s history on the national mall. We want to bring marginalized women’s voices to the surface.”

As part of the internship, Hellmich conducted research about the stories of women throughout history through the Smithsonian Institution’s Office of Communication and External Affairs and Office of Advancement. “At the Office of External Affairs, I worked a lot on the research that would be used in videos about suffrage and specifically women of color in suffrage. I would find a topic and find a curator who could provide their expert opinion in the video,” Hellmich said. “At the Office of Advancement, I was writing stories about women that would go up on their blog posts. I would make interactive quizzes that were sent to anyone who subscribes to the American Women’s History Initiative email.”

Hellmich, a multidisciplinary studies major with a concentration in gender studies and a minor in nonprofit leadership, came to Indiana State without a declared major. After taking a women’s history class her freshman year, Hellmich met with her professor, Ruth Fairbanks. Fairbanks encouraged Hellmich to pursue a degree in multidisciplinary studies. “Ever since then, she has been my greatest mentor on campus,” Hellmich said. “I’ve taken two of her classes, and she hired me as a student assistant for her history classes.”

Fairbanks, along with colleague Lisa Phillips, guided Hellmich toward the application for the Smithsonian internship. The internship led to a similar realization of her goals that Hellmich had experienced when she declared her major. “I didn’t really know what I was going to do after my undergrad,” she said. “I hadn’t found the thing that really spoke to me like gender studies spoke to me when I chose that to be my major.”  This summer, at a networking event hosted for the interns, Hellmich met an oral historian and decided to look at graduate programs in public history to be trained as an oral historian as well. “It’s really fit a lot of things that I already enjoy, like storytelling for a purpose and storytelling to educate others,” Hellmich said.

“I’ve gotten so much value out of multidisciplinary studies and gender studies as my degree plan,” Hellmich said. “It has opened me up to more job opportunities. I had no prior knowledge of museums before my internship, so to see all of the different career opportunities and to see how much detail and planning goes into what you actually see in the exhibitions just blew my mind.” 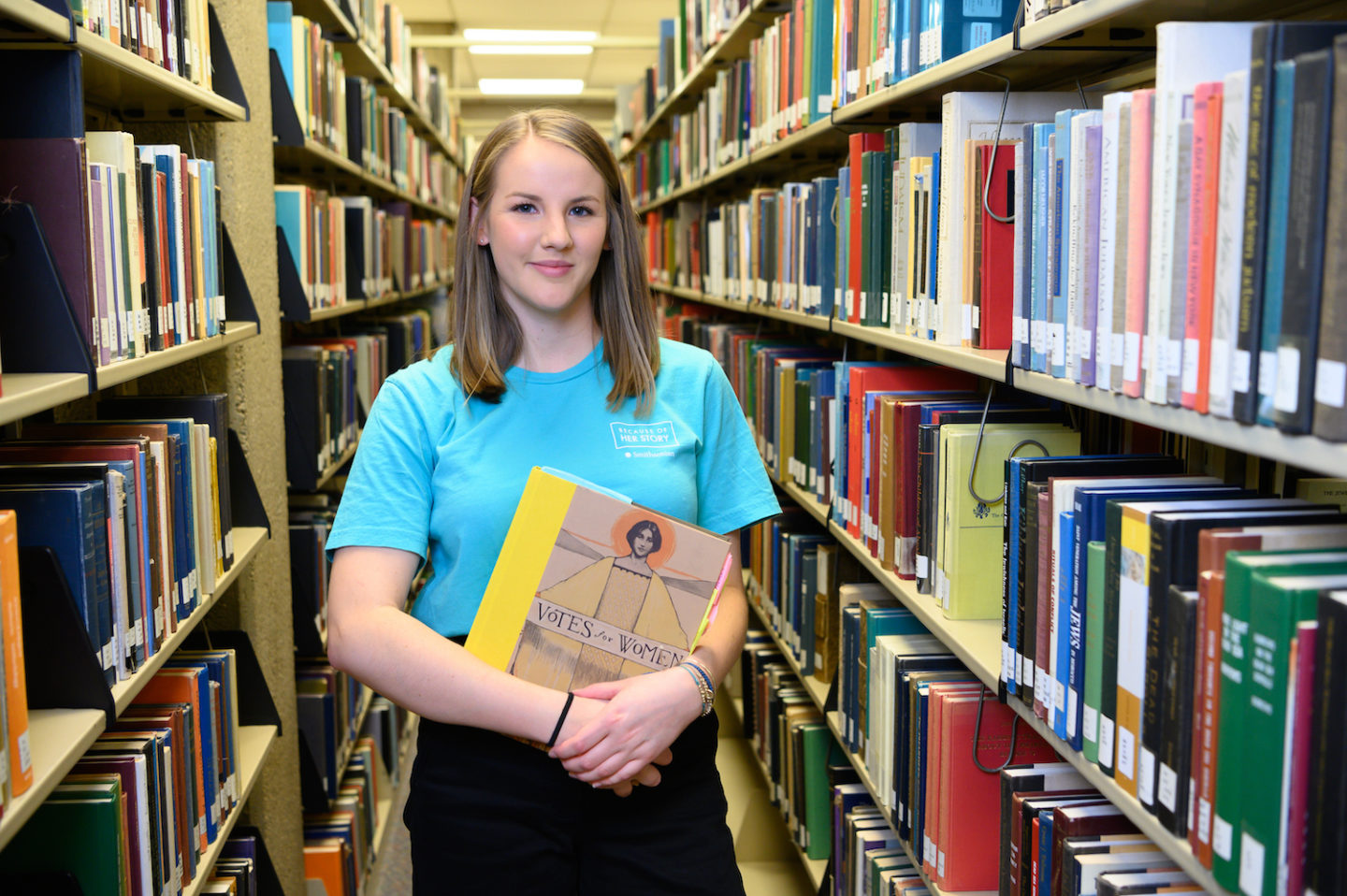