She joined the faculty at ISU in 2005 after three years at Adelphi University in New York. Her research focuses on the early Russian Empire and religious policies in Russia and early modern Poland, and she has conducted research for her publications in Poland, Belarus, Lithuania, Ukraine, and Russia. Her research has been supported by grants from the National Endowment of the Humanities, American Council of Learned Societies, and the Social Science Research Council, among others. Dr. Skinner teaches courses on world civilizations, Russian history, European religious history, the Cold War, and graduate history methods.

Cats or dogs? I’m a dog person. I have had large dogs but I only have one at a time. Great Pyrenees are my favorite.

What has been your best ISU experience? My best experience has always just been in the classroom because I like interacting with my students. I look forward to teaching every day. I never know exactly what is going to happen and my students always surprise me, in a good way. They always ask me questions that I never anticipate. I am always forced to think about topics that I have taught for a long time in new ways.

It appears you have been to many places. If you could travel anywhere in the world, where would that be? Well, I already go to Russia every year. I’ve never been to New Zealand or Australia, so that is where I would go.  It’s on my bucket list.

If you had $1 million to give away, which charity would you donate to? Right now I think the global refugee problem is the biggest issue so I’d say the UN Refugee Agency, UNHCR. They need more aid. There are just too many refugees living in terrible conditions. I’ve been giving relatives contributions for the past two years in their names to this organization.

What is your best advice for students? Use this time to grow intellectually. Don’t limit yourselves. Try out classes and fields you didn’t think of. I also think everyone should try to study abroad. It will change your life.

What is your greatest fear? I have many! My greatest fear right now is the degradation of democratic institutions in the United States and the world.

After teaching, what do you see yourself doing? I will write novels. I read them in my free time and might as well try my hand at it!

What can you share about your research? I study the religious history of the Russian Empire, particularly in Belarus and Ukraine in the 18th and 19th centuries.  I came to this topic because I speak both Russian and Polish, and I had studied in both Russia and Poland in study abroad opportunities, making both of these cultures of great interest to me. Belarus and Ukraine were torn between Polish and Russian influences, and so to study their history you have to read sources in both of these languages and understand both of these cultures.  I am also the daughter of an Army chaplain, an ordained Methodist minister, so the history of the church has always been an interest.  The Russian Orthodox Church is a great fascination of mine. I’m working on my second book now, and I hope to finish it in 2019.

How did you go from being a Russian interpreter and translator to a teacher? What inspired this career change? I had the best interpreting job that was out there. I was working for National Geographic, traveling through Siberia. There was a trip to the northeast tip of Siberia where we had to live in a reindeer hide tent and I couldn’t shower for a week. I was eating only reindeer meat and bread. I was the interpreter for the photographer and just became miserable. It was interesting but I just thought ‘I can do this, but not for someone else’s work.’ I wanted to do my own research on Russia so I then applied for grad school. I didn’t know I’d be a professor but I wanted to be in charge of my own projects.

I took 6 years off after my undergraduate degree, and it took me a long time to decide to go back for my masters. I wasn’t sure what I wanted to do for a long time and my parents never pushed me in one direction. It took me until I was 31 years old to decide to get my PhD. I finally decided that after all my experiences in Russia and Poland, it would be nice to be able to research and to teach about this region of the world. I am proof that you don’t have to know what you want to do when you’re 18.

There are two types of people in the world. What are the two types? Readers and nonreaders

What book should everyone read? The Brothers Karamazov by Fedor Dostoevsky

What tips do you have for learning another language? Perseverance is the key. Work on it every day. Read as much as you can in that language. Don’t be afraid to speak it, even with mistakes.

What is your favorite recent musical? Hamilton. The songs are just so cleverly written!

What was the most difficult job you have ever had? There were many difficult circumstances and a lot of pressure when I worked as an interpreter, and sometimes teaching is also very stressful, but the hardest thing I have ever done and ever do still is to produce my scholarly research, particularly my first book and the book I am working on now.  I have to bring together arguments from published works by scholars in Russia, Ukraine, Belarus, Poland, Europe, and North America, as well as study hand-written historical documents in archives across Eastern Europe.  These projects take a long time to work through and demand all of my intellectual abilities.  There’s nothing that compares to the difficulty of that work.  But I love it. 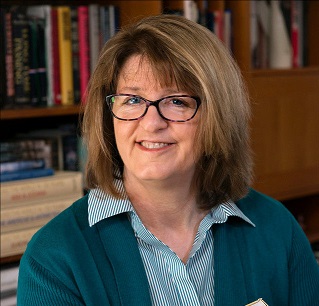