Asked about the federal government's latest report on the impact of climate change, President Donald Trump said flatly, “I don't believe it.”

The fourth National Climate Assessment, released in November, noted that the past four years have seen rising sea levels, disruptions in food production and an increase in wildfires - as predicted by the previous assessment in 2014.

The 2018 report, prepared by 13 government agencies and dozens of top scientists, warns stronger evidence has emerged that human-caused global warming will continue. It finds that every region of the country and every aspect of life – from personal health to agriculture production, global trade and national security – will feel the effects in the next four years.

Dying trees of every genus in Vigo County's Fowler Park are just one example of how the Wabash Valley is experiencing climate change, according to Jim Speer, professor of geography and geology at Indiana State University. Speer is a nationally recognized expert in dendrochronology, the science of dating events and environmental change by studying tree growth rings.

A study by one of Speer's class suggested soil compaction as the cause in the campground, where 76 percent of trees were declining or dead. But 46 percent of trees in a more heavily forested park area were also impacted. A check of Terre Haute weather records found the period from 1980-2010 was warmer by 1.57 degrees Celcius than 1890-1920, he said.

Speer and his students found the late fall through early spring were warming much more than summer, a pattern more likely to allow insect populations to grow and stress out vegetation.

“President Trump's denial of climate change is purely politically and business motivated,” Speer said. “It is clear the U.S. needs to do something about it.”

Speer was part of a group that worked with Purdue University to examine climate change in Indiana. That project found that extremely hot days are going to get hotter and be more common and that springs are already getting wetter and storms are getting larger.

“We're going to lose a lot of our best weather.” said Jeff Dukes, director of the Purdue Climate Change Research Center. “By the middle of the century, we're going to lose three to four weeks of mild days where temperatures are warm enough to be outside with short sleeves but not so much that we're uncomfortable. That to me is really upsetting.”

More than that, people with asthma will be forced to stay indoors more, floods will increase in the cold of winter and warmer summers may hurt tourism in Indiana, Dukes said.

“It looks like (Trump) is basically trying to wage a disinformation campaign,” he said. “That's a shame. It's frustrating and it's not going to help us prepare for the changes that are coming.

Back at Indiana State, environmental economist Debra Israel doesn't want to weigh in on the politics. Instead, she looks at taking action against climate change as a form of insurance.

“Even though we don't know exactly what will happen, we know we can do things to reduce the risk of certain bad things happening by participating in global agreements and global attempts to reduce the human contributions to climate change,” Israel said.

“One country acting by itself cannot solve the problem of high levels of greenhouse gas emissions,” she said. “We do need to work with other countries on this and it can't be done on just a voluntary basis. If we're not all contributing to the solution when we are all part of the problem, we won't achieve results.”

Congressman Larry Bucshon, R-Newburgh, responding via email to questions from the Tribune-Star, said he is still reviewing the nearly 1,700-page climate assessment in depth but “there is no doubt that mankind plays a part in accelerating the change of climate.”

While he has been called a climate change denier, Bucshon dismisses that label as “what the radical environmental left ... calls anyone who does not wholeheartedly support their liberal climate change agenda.”

Bucshon said the country should continually work to minimize human impact on the environment through innovation and technology.

Technological advancements made possible “by a strong and growing economy and other market-driven changes” have resulted in reducing U.S. carbon emissions to the lowest level since 1992, he said. But the rest of the world – particularly China and India – have increased carbon emissions.

Economic growth yields greater advancements in medicine and access to health care, Bucshon, a physician, said when asked about the assessment's finding that climate change threatens the health of Americans.

Economic growth and technology can also minimize the expected impact on agriculture from rising temperatures, extreme heat and prolonged drought, he said.

The Trump administration is putting in place policies “that will sustain a booming economy, which will lead to more technological advances” to continue reducing carbon emissions, he said. Trump's proposed Affordable Clean Energy rule is aimed at reducing greenhouse emissions.

Bucshon touts the rule for "empowering" states to tailor plans to limit power plant emissions. However, the proposal has drawn sharp criticism from environmental groups who view that as weakening existing emissions standards. 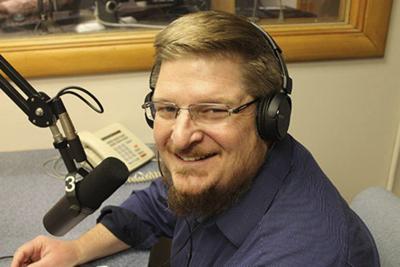