In Depth: Fanning the flames of race in education

Critical race theory has become the subject of much controversy in Indiana and across the country.

Some states have banned its instruction in K-12 schools.

In Indiana, Attorney General Todd Rokita has been critical of it and even released a "Parent Bill of Rights" that includes ways for parents to get involved with school boards and review curriculum and state standards.

In a news release, he stated that as he's traveled the state, "I've heard firsthand the concerns of parents who are deeply troubled by ideologies being imposed in their children's school curriculum."

Rokita stated these "dangerous ideologies only serve to divide our children, which leads to a divided society."

U.S. Sen. Mike Braun signed onto a resolution condemning the use of critical race theory in K-12 schools and teacher training.

Meanwhile, those familiar with it say it's a topic typically not taught in K-12 schools and wasn't intended to be — it's a theory developed more than 40 years ago and taught primarily at the college level.

But what is it? And why the controversy?

According to an article in Education Week, "Critical race theory is an academic concept that is more than 40 years old. The core idea is that racism is a social construct, and that it is not merely the product of individual bias or prejudice but also something embedded in legal systems and policies."

Doss further describes it as a theoretical framework developed in the U.S. during the mid-1970s as a civil rights academic movement to critically evaluate U.S law as it intersects with issues of race in the U.S.

"Its sole purpose is to investigate social, cultural and legal concerns of race and racism in the United States," he said.

What's creating so much controversy "is the fear critical race theory will become a divisive tool that pits people of color against white people," Doss said. Opponents suggest "it teaches people, especially children of color and those who come from other racial and ethnic backgrounds, to hate and dislike America."

Some could argue "that's far from the truth, especially those who deal with CRT on an everyday basis," Doss said.

"Critical race theory to my understanding is not being taught in K-12. It's only taught at the college and university level," Doss said. The first time he heard of it was during his master's program at Indiana University.

The history of slavery in America is covered in K-12 education but not in great depth, he said. "One could argue that the fundamental purpose of the current political anxiety is to eradicate slavery from American history textbooks."

Doss added, "Slavery is very much a part of the identity and foundation to the development of the United States, which can cause a lot of anxiety in people whenever the topic is brought up, but it is something we as a society must come to terms with if our ultimate goal is to create a society built on respect, which can lead to peace."

There is a saying that the truth hurts. "And it does and we're all human beings at the end of the day," Doss said.

As far as the teaching of K-12 American history, "both its bitter and sweet aspects, we have to retrain educators on establishing settings conducive to students' intellectual growth and development," he said.

In his college classes, he teaches students not only how to look at things using an objective lens, but also how to take their emotions out of it. "Sometimes it can be very emotional and it can make you feel a certain way," Doss said.

He works to create an atmosphere so that everyone's voice can be heard. "At the end of the day, it's all about individual self empowerment with the idea of not only making ourselves stronger, but our community stronger and society stronger," Doss said.

Mary Howard-Hamilton, the department chair of educational leadership at ISU's Bayh College of Education, teaches critical race theory to her master's and doctoral students at ISU.

The discussion should not be about teaching critical race theory in K-12 schools. "I don't know where that came from," she said. "Infusing CRT in the curriculum and teaching it to children is not the point."

Critical race theory should serve as a theoretical framework for training K-12 teachers and administrators so they can create pedagogy and curriculum that will help students understand issues of equity, race, racism and related topics, she said.

She believes critical race theory is misinterpreted. It's controversial because "I believe it makes people uncomfortable," she said. "It allows individuals who normally don't have a voice to share their concerns and opinions."

It also could mean the complete restructuring of some major policies and practices that have become mainstream.

The idea is to have a discussion, analyze problems, develop an understanding of how those policies were written, who created them and "why there is a need to have more voices sharing in the decision-making process," Howard-Hamilton said.

Tom Steiger, ISU professor of sociology, suggests some conservative politicians are fanning the flames of critical race theory to stir up constituents and even to raise money.

"The right wing is using it as a very successful fundraising strategy, suggesting that it is something that [K-12] students are being indoctrinated into," he said.

The version of CRT that is being proffered "is a caricature, usually focusing on the idea that somehow I, white person, am guilty of the sins of the past. When, at best, CRT is suggesting that the structures in place today benefit white folks at the expense of others, and we [white folks] are not aware of it. And, as some of those structures have been removed — housing, education, etc. — whites face more competition than in the past, and some don’t like it. Those are especially susceptible to the fundraising around CRT," Steiger suggests.

At the same time, critical race theory is also being used by activists who may want to advance social justice goals; they believe CRT and don't question it, while those in academics treat CRT as a theory to be tested, debated and refined with new evidence or knowledge.

Keith Gambill, president of the Indiana State Teachers Association, said that until recently, he had never heard of critical race theory and he believes that's true for most Hoosier educators. It's traditionally been taught in the study of law and other academic areas at the university level.

"So for the majority of Hoosier educators, they had never even heard of it, let alone the notion that we're teaching it," he said.

But there are educators concerned the controversy may impact what and how they teach certain topics and their ability to answer student questions.

"I think there are teachers who are concerned across many different curricular areas about, 'Am I going to be told you can't teach this. You can't teach that?' because someone may ask you a question ... and if you were to honestly answer it, that would violate some rule or some law," he said.

Gambill is a vocal music and theater teacher, and given the way the conversation has turned, "Would I be put in a position where I would no longer be able to teach and discuss 'West Side Story,' which in American musical theater is one of the greats?" he asked.

The musical explores the rivalry between two teenage street gangs of different ethnic backgrounds. "At the heart of that, the feuding is about race," Gambill said.

When students' questions arise on sensitive or difficult topics, teachers understand they need to present age-appropriate responses that tie into state academic standards and local school curriculum, he said.

"We shouldn't be micro-managing every word and syllable that comes out of our teachers' mouths," he said.

Asked why he believes politicians might be making it an issue, Gambill said, "I think that's a case where we have to examine what is the motive? What is the driving force behind this?"

The divisive issue comes at a time "when I think our teachers and schools have done such an amazing job this past year and a quarter" responding to the COVID-19 pandemic. "I just marvel at the work [teachers] have been able to do and salute all of their efforts."

Gambill added, "It's so sad that at a time when we should be lifting up our folks who have done such a tremendous job, it feels like we're being attacked. And for things we've never studied and aren't teaching."

When asked if the Indiana Department of Education is aware of critical race theory being taught in any K-12 schools in Indiana, spokesperson Holly Lawson declined to make a statement other than that "curriculum is set at the local level." 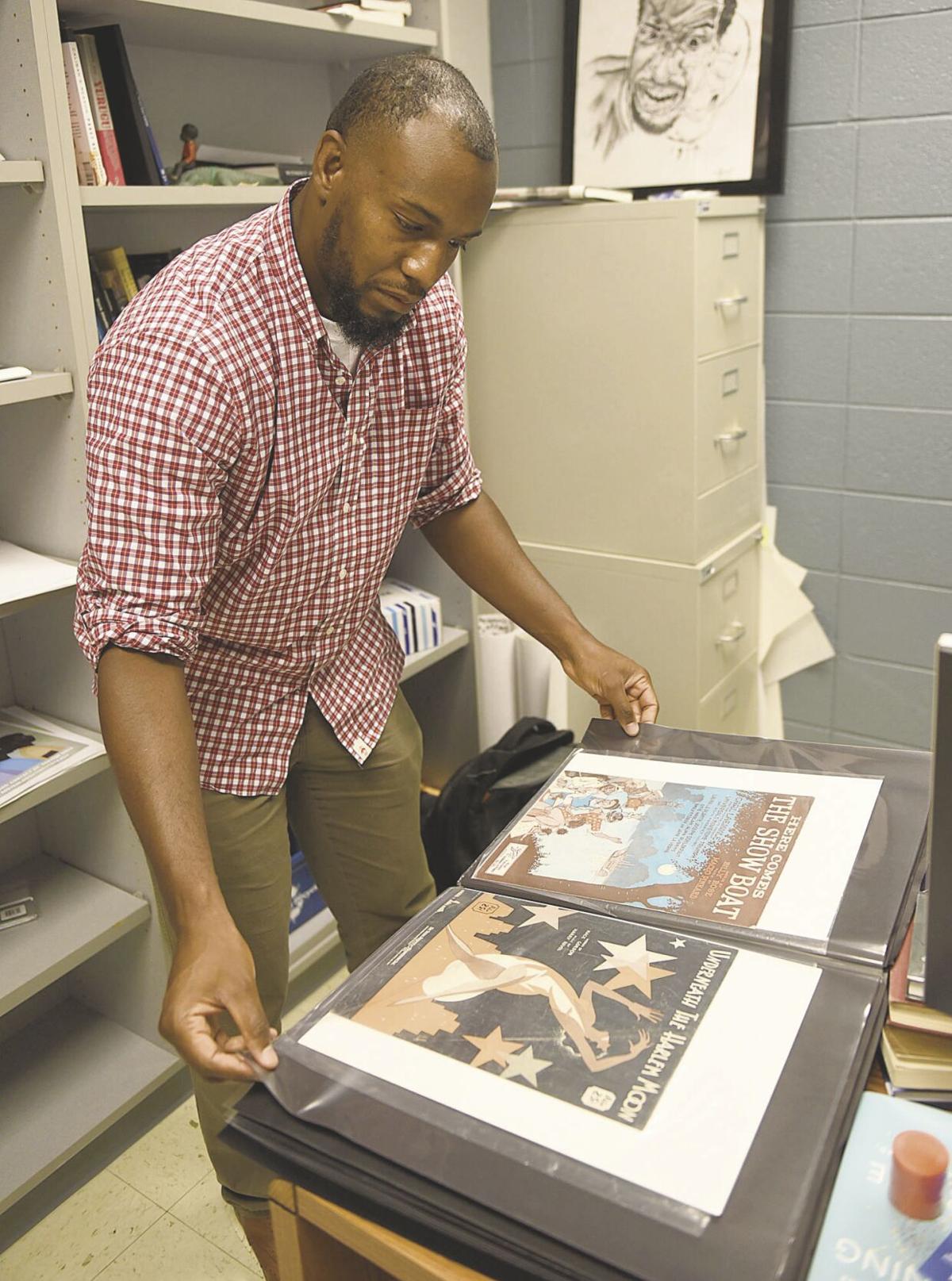