Scott Cantlon is currently chief administrative officer for DCI Donor Services out of Nashville, Tennessee. Formerly he served as vice president and chief information officer for Lexon Surety Group and Cummins Components Group and Cummins Filtration as Executive Director of Information Technology. At Cummins  was responsible for leading the business processes improvement and systems architecture design, software development, support and maintenance for units with $2.3 billion in sales in 160 countries. Prior to Cummins, he was with Griffith Laboratories, CNA Insurance, and Marriott International, to name a few. In addition to his bachelor's in business administration from ISU, Cantlon earned a master's in systems management from the Florida Institute of Technology. 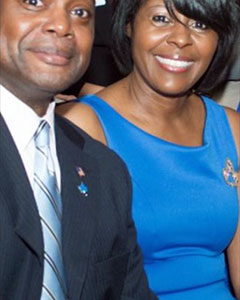 Despite their busy schedule, the Chaneys return to Indiana State at least four times a year, including every Homecoming. Paul is the newest president of the Indiana State University Alumni Association. Paul chose to attend Indiana State because it has an excellent ROTC program. “It was part of the Simultaneous Membership Program, which allowed me to engage in school along with ROTC plus drill with an active reserve unit.”

A graduate of Northwest High School in Indianapolis, Susan said she decided to attend Indiana State “because it was a smaller university that offered my major” and “was close to home so I could go back home frequently to visit my family.”

Both credit State with giving them the foundation to be successful business owners. “In addition to learning about business at ISU, I really enjoyed meeting many new friends that have become my lifelong friends,” Paul said. “In addition to ROTC, I was involved with my fraternity, Kappa Alpha Psi. I was also in a business fraternity, Alpha Kappa Psi and worked at the registrar’s office. I served two terms as an election commissioner during the SGA elections.”

Active in the Indiana State University Alumni Association, Paul will assume the role of association president on July 1, 2016. “The blessings that Susan and I have received have been an opportunity for us to reach back and help those that need the same helping hand that was afforded to us,” Paul said. “My motto is ‘Each One, Reach One.’” 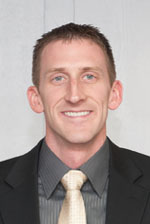 Clark, a financial manager for the Department of Defense, is a member of Scott College of Business' inaugural Young Professionals Board (he serves as chair). He also was a former president of ISU's successful Student Investment Club and earned his MBA from the Kelley School at IU. He also is very involved as a motivational speaker. 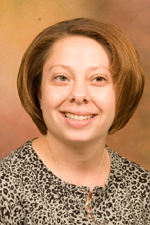 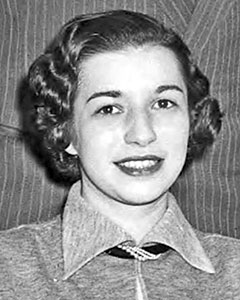 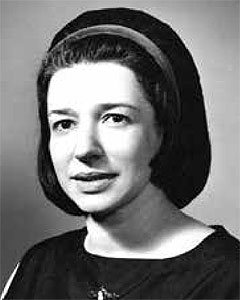 Myra E. Janco Daniels received the Distinguished Alumni Award in 1966. Daniels graduated from Indiana State Teachers College with a bachelors degree in 1948 and a masters in 1954. She gained recognition for the depth of her research and market planning in the interest of clients, particularly in the fields of transportation, packaged goods, and fashions. When she received the Distinguished Alumni Award, Daniels was president of Draper Daniels, Inc., Chicago, Illinois.

Myra is originally from Gary, Indiana and her first taste of business was selling part favors while still in grade school. Myra completed a master's degree in 1958 and she taught marketing briefly at both Indiana State and Indiana University. Terre Haute Star editor Marsee Cox refused to hire her, so she went to the Meis department store where advertising manager Sol Korshak hired Daniels on the spot.She eventually launched her own agency, Wabash Advertising, and built it into a $1 million per year business in its first year.

At 38, Daniels became executive vice president of Roche, Rickerd, Henri, Hurst in Chicago, an agency formed by the merger of two firms. She was the first woman to hold that position for either company, the first woman to head a national advertising agency and the youngest woman to win the National Advertising Federation's "Advertising Woman of the Year" award. 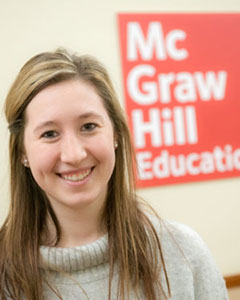 Kelsey Darin, ’17, is still benefiting from the connections she made on campus as a student and it’s kept her rooted to her alma mater. As a student, Darin found a mentor in Indiana State University economics Professor Bob Guell, whose help extended beyond the classroom to opportunities that would help her find her passion and earn her position as a product developer at McGraw-Hill. Darin now spends her days serving as the liaison between the authors, editorial team and production team – all tasks she was more than capable of tackling on day one of her position thanks to the education and leadership opportunities she amassed during her time as a student at State.

McGraw-Hill Education had a product developer position open, and Darin immediately applied. She started her full-time job with the company in October 2017, working with textbook authors and contributors to enhance and design products. 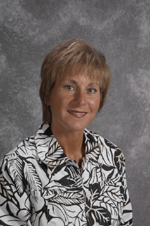 A business teacher at Ben Davis High School in Indianapolis, Davidson was recognized in 2004 as the Indiana Business Educators Association's Outstanding Classroom Teacher. She also was the 2002 Wayne Township Teacher of the Year and 2003 Top Ten Finalist for Indiana Teacher of the Year. She also received the AES IPALCO Golden Apple Award in 2002. In the classroom, she strives to infuse new technology into the curriculum (programs related to web development and design) and motivate and inspire students as they put real-world skills into practice. 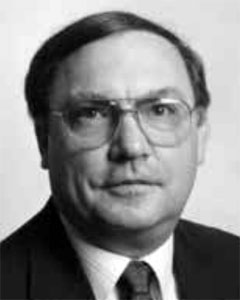 Herman is a nationally recognized expert in financial aid resources for higher education, Dr. Herman L. Davis received the Distinguished Alumni Award in 2002. Herman earned his bachelor's in business administration from ISU in 1961, his master's in secondary education, guidance and counseling from ISU in 1963, and his doctorate in higher education administration from George Washington University in Washington, D.C., in 1978. At the time he received the DAA, Davis was executive director of the National College Scholarship Foundation, Inc.

Herman met his wife at Indiana State: A special day was the homecoming parade of 1958 when I met my wife. She was riding in an AOPi convertible and I was sitting on the street curb. When she went by, I asked my roommate who she was. He knew her well and introduced me to her that night. We have been together ever since. I was a Navy veteran from a relatively low-income family. To know that Indiana State accepted me after four years in the service and realizing that I could attend college on my GI Bill was in itself a memorable occasion. 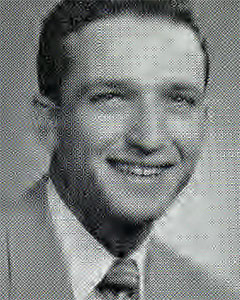 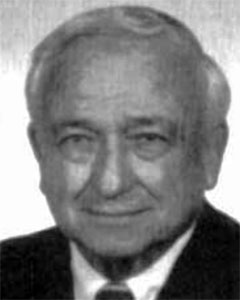 Sam graduated from Indiana State Teachers College in 1952. While at Indiana State he was president of the Commerce Club and vice-president of Pi Omega Pi. He joined Arthur Anderson and Co. in 1952, and remained with that company for 34 years, ultimately becoming partner in charge of worldwide utilities. When he received the Distinguished Alumni Award in 1997, he was chairman of the board for REGIT, and a director of Piedmont Natural Gas Company, Charlotte, North Carolina.

Sam's charismatic nature and enthusiasm for life was evident in his passion for family, golf, cooking. Sam had been married to Doreen, nee Massetti, for 50 years when she passed away in 2004. Sam himself was 87 when he passed away in 2016. 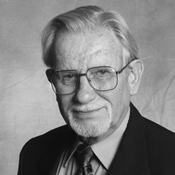 Dr. Dopuch is the Hubert C. and Dorothy R. Moog Professor Emeritus of Accounting at Washington University and chair of the Olin School's Ph.D. Committee. He was named Outstanding Accounting Educator by the American Accounting Association and was twice awarded the American Institute of CPAs award for outstanding contribution to accounting literature. He was inducted in 2001 into the National Accounting Hall of Fame. 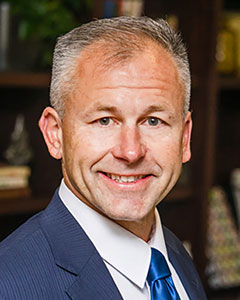 As an Indiana State University graduate, Buff Dormeier built a course schedule around classes that interested him – business, economics, and planning – and graduated four years later with majors in both business and urban development and regional planning with an economics minor.

As Chief Technical Analyst at Kingsview Investment Management in Fort Wayne, Dormeier advises the affluent, financial advisors, and other institutional clients with strategies that meet their specified investment objectives in a full host of investment climates. As a portfolio manager, he was featured in Technical Analysis and Behavior Finance in Fund Management – an international book of interviews with 21 successful portfolio managers across the world who utilize technical analysis as a portfolio driver.

In 2007, Dormeier’s technical research on volume analysis received the prestigious Charles H. Dow Award and his book, Investing with Volume Analysis, won both the Technical Analyst’s Book of the Year in 2013 and Trader Planet’s Top Book Resource in 2012.  Buff has been named in Forbes Magazine’s “Best in State” Financial Advisors of 2018 and 2019.

Prior to joining Holiday World & Splashin’ Safari, Matt was a senior auditor with Arthur Andersen in its Indianapolis office.

Matt is a graduate of Indiana State University, where he obtained his Bachelors of Science in Accounting and Insurance.  He serves on the Dean’s Executive Council for the Scott College of Business and is a Certified Public Accountant.  In addition, he is on the School Board of Trustees for Southeast Dubois School Corporation, the Board of Directors for the Indiana Chamber of Commerce, the Strategic Planning Commission for the Evansville Diocese, the Dubois County Community Foundation Board and its Finance Committee, and is a Certified Attractions Executive with the International Association of Amusement Parks and Attractions.  He resides in Schnellville, Indiana with his wife Tonya and three children – Abby, Claire and Drew. 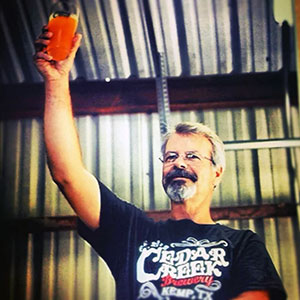 Jim Elliott would likely agree that we are all pawns of the market. We go where the jobs are, and we sell what people want to buy. Were it not for both of these conditions, Elliott — a Lowell, Ind., native who graduated from Indiana State in the winter of 1981 — would have ended up starting his career with a marketing firm in Chicago or perhaps Indianapolis.

Instead, his destiny lay in Texas, where he would log time not only in marketing, but also retail management and high school teaching. All of that, however, was arguably a prologue for Elliott’s signature professional contribution as the entrepreneurial owner and operator of Cedar Creek Brewery nestled in the small town of Seven Points. 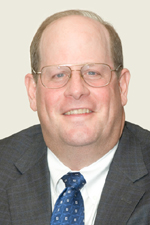 Elliott is President of Sackrider & Co., Inc. Since graduation, Earl and his wife, Tina, have founded and supported the O. Earl and Tina Elliott Scholarship, which is awarded each year to students who are effective leaders and have a well-documented record of community service.  Earl serves on the Scott College of Business' Dean's Executive Council. Their son, Mark, was a Networks Scholar at Indiana State and now works for Thompson Thrift Development. 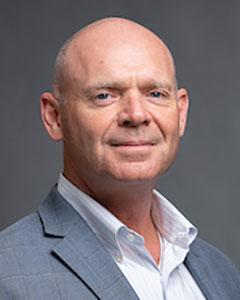 Jim Enicks joined the army as a Combat Engineer in 1984 and graduated from Indiana State in 1990 with a degree in Business Management under the army’s Green to Gold Program. Jim served as a tank platoon leader during Desert Shield/Storm and retired from the army as a Colonel in 2011 after 25 years of service.

Jim entered the business world with interests in defense communications, IT and cybersecurity, becoming President of Five Rivers Services and Synteras. In January 2020, Jim was named CEO of Corvus Consulting which provides scientific, engineering, technical, operational support, and training services to Federal government and Commercial clients.