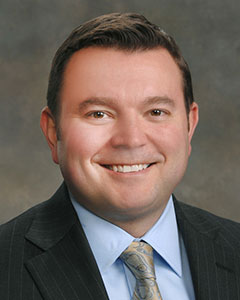 After graduation, he was a new business consultant for Aon Consulting in Indianapolis until he was named executive vice president of the Willis Company in Phoenix, AZ. in 1999. Later, he joined Gibson in South Bend, IN, as director of employee benefits and later chief growth officer. Today, he serves as the company's president.

It's who you know. It's the relationships you grow. "The two most important learning opportunities were in internships and industry events," Leman said. "The industry contacts I made were so valuable to me. They proved to be great resources, sounding boards and mentors. I was able to put the network I had developed in college to good use in my career."

Giving Back is Crucial

Since graduation, Tim has continued to find ways to give back. He is a former member of the Scott College of Business' Insurance Advisory Council and a current member of the college's Dean's Executive Council. He serves as a mentor to students, employs interns and permanent hires, supports a scholarship in the Scott College of Business, and always supports college and university events and activities.

"One of my mentors has constantly insisted to me when I try to thank him or repay him that all he wants to know is that I'll do the same for others. That really has stuck with me, so, I guess you could say I have a debt to repay to ISU. I can't really repay those who helped me so I'll do it by helping the next generation.... and although I use the word "debt," I love every minute of it." 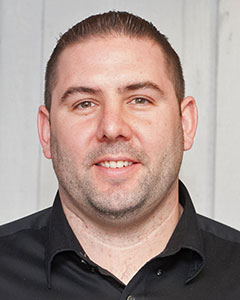 Lenderman is a senior sales specialist for Eli Lilly and Company. Ben graduated from ISU with a 4.0 GPA and with degrees in management, finance and business administration. In 2008, he was honored with ISU's GOLD Award and joined the Scott College of Business' inaugural Young Professionals Board. He attended graduate school at Stanford University to obtain his MBA. 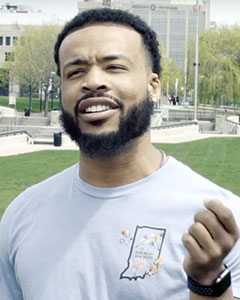 Sampson Levingston, ‘17 works as the manager of marketing and social media for White River State Park in Indianapolis. As a former student-athlete, Levingston was very focused on football, giving it his all, and using his leadership skills in the classroom. After a shoulder tear sidelined him his junior year, Levingston focused all his energy towards his degree and fell in love with the business program at State. This ultimately led to his future job through networking and staying the course. Overall, Levingston took full advantage of the resources and opportunities offered and doesn’t know where he would be without Indiana State. 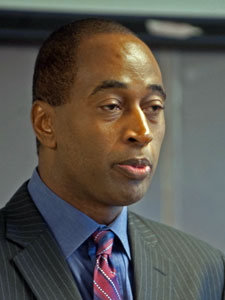 Lewis is formerly President of the 100,000-member Disney Vacation Club, a Disney World's time-share business. Lewis, a Hammond native, has steered the club to double its size since 2003. He was awarded the university's Distinguished Alumni Award in 2007 and spoke to incoming freshmen at ISU's opening convocation in 2008. He also serves on the president's African-American Council for ISU.

Lingenfelter is senior consultant and vice president of Wilson Partners LLC in Troy, Mich. He also is a member of the Scott College of Business' Insurance Advisory Council in the College of Business. "I came to ISU as a shy and unproven student, but left with the confidence and knowledge that my success was all before me with a bright future. That future continues to be realized," he said. Lingenfelter began his career in employee benefits at Metropolitan Life Insurance Company (MetLife) and later formed Wilson Partners with top leadership at FlexBen Corporation.

A Climb to the Top

The retired senior vice president and general manager of the number one diagnostic industry, Roche Diagnostics Corp., began his climb to the top as an undergraduate of Indiana State University's science program. After graduating with a bachelor's in 1966, Lister continued his education at ISU, earning a master's degree in business administration in 1967. He received ISU's Distinguished Alumni Award in 2005.

Previously to Roche, Lister had worked for Eli Lilly and Boehringer-Mannheim. With his experience from Eli Lilly and Boehringer Mannheim, Lister became the senior vice president and general manager of Patient Care for Roche Diagnostics in 1997. With Roche, he was responsible for monitoring the U.S. insulin pump business and the global Drug of Abuse Business Unit. Lister retired from Roche Diagnostics in January, 2005.

Lister was awarded the Sagamore of the Wabash, the highest award given by the governor of Indiana in 2004. That same year, Roche Diagnostics created the William L. Lister Award to be given annually at the National Meeting, in honor of the ISU graduate. Lister has also been previously awarded by the Sycamores as the Indiana State University School of Business Outstanding Alumni Award in 2000. 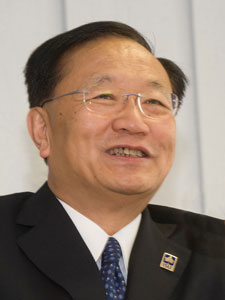 Man of the World

A 1970 alumnus of our Master of Business Administration program, Paul Lo is now an internationally recognized banker and financier. He is founder of Bank SinoPac and SinoPac Holdings of Taiwan and served as director of SinoPac Holdings. He was formerly chairman of Far East National Bank, and now serves as president of Paulink and chairman of Cosmos Bank of Taiwan.

Prior to founding Bank SinoPac, Lo held various positions with Citibank for 17 years in New York, San Francisco, Los Angeles and Taipei. With the opening of Taiwan’s banking system to private banks in 1992, he formed Bank SinoPac by raising $400 million in capital. It has since grown rapidly and today has branches and a host of financial affiliates throughout Taiwan, Hong Kong, mainland China, Vietnam, the United Kingdom and California.

Lo was the recipient of an honorary doctor of laws degree and the university's Presidential Medal for International Service during Indiana State’s spring commencement ceremony in May of 2008. A former ISU Distinguished Alumni Award recipient, Lo is a leading force and outspoken supporter of economic growth and international trade between China and the United States. He has been featured in several international, Asian, and American financial magazines including Business Week, Euromoney, The Banker, Global Finance and The Asset. In 1999, he was selected as one of Business Week’s 50 Stars of Asia.

An Investor in Students

Business students have taken spring break trips to Taiwan and Hong Kong to get an in-depth education in international business and the financial services industry, thanks to Lo's generosity.

"I hope these trips open their eyes to international exposures and expectations, and that they realize that they can achieve whatever they want in life and have big dreams,” Lo said. "I hope I can continue to work with ISU, my alma mater, to develop whatever experiences we can in our part of the world." 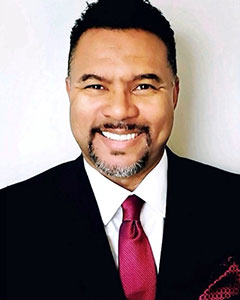 Rob Lowe earned a bachelor's degree in business management and a master's degree in human resource development from Indiana State. He is the Vice President of People and Culture for Republic Airways. In his role, he provides executive leadership for employee engagement, talent management, diversity, equity & inclusion, and culture alignment.

Rob holds both an SPHR and SHRM-SCP certification. He is also a certified Circuit Court Mediator for the Florida Supreme Court. With over 20 years of experience, Rob has held leadership roles in Human Resources for several Fortune 500 companies including, Dean Foods, The Nature’s Bounty Company, Accenture, Cummins Engine Company, and Alcoa. Presently, Rob is a board member for the Indiana State University Foundation and a member of the Human Resources Development Program Advisory Board.

He was the alumni speaker during the December 2019 commencement and in February 2022 was a speaker in the College of Technology Speaker Series presenting on the ABC’s of Success; Your Ambition and Your Attitude, Your Brand and Your Benevolence, and Your Circle and Your Commitment.

In June 2022, Indiana Governor Eric Holcomb appointed Rob to Indiana State University's Board of Trustees. He will serve on the Board until June 30, 2024. 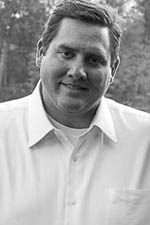 John Lurker is Vice President of Sales  for key accounts in Indiana for United Healthcare and serves on the Scott College of Business' Insurance Advisory Council. Prior to United Healthcare, he worked for Principal Financial Group.