Named in honor of Fred Donaghy, a 1912 graduate of the Indiana Normal School and a professor of life sciences, Donaghy Day began on April 7, 1976 (video link) as a day for the community to celebrate spring and work together to beautify the campus. In 2008, Donaghy Day was reintroduced as a community-based service project in conjunction with fall new student orientation activities. That year, 160 students volunteered with nearly a dozen Terre Haute non-profit organizations. Ten years later, more than 1,800 first-year students volunteer with over 40 non-profit partners within a multi-county area. Donaghy Day remains an important tradition for a new generation of Sycamores. 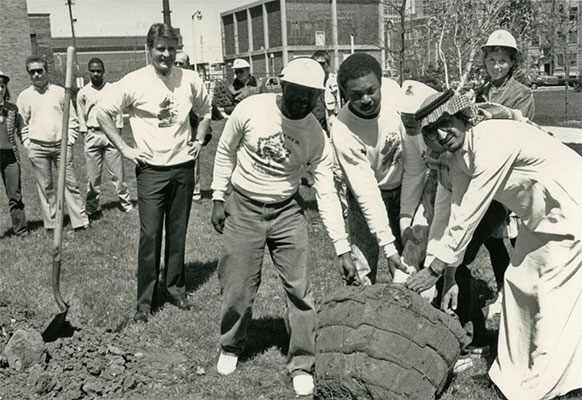 Donaghy Day is a great way for students to give back to the community. In prior years, projects ranged from making cards for hospice patients at Southern Care of Terre Haute to helping customers unload recycling at ISU's Recycling Center.

Donaghy Day is an event that not only helps students learn about community and public service, but also creates an opportunity for them to connect with other students and share in this experience together.

But who was Fred Donaghy? 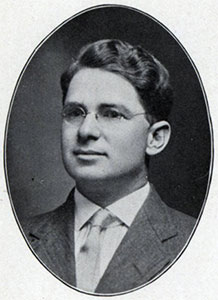 Fred Donaghy as an Assistant Professor,
Physiology and Botany in 1913

Fred Donaghy was born on a farm near Ossian, Indiana, on March 3, 1879. He received his elementary education at Ossian and graduated from the high school in 1898. He then entered the Indiana State Normal School. After graduating in 1912, he stayed serving as instructor at the school and stayed apart from leave of absences pursuing graduate work with a scholaship at Indiana University and received his  Master's Degree there in 1915, and in the service of the United States army during WWI. Fred's thesis for his master's degree, "The morphology of Riccia fluitans," was published in the Proceedings of the Indiana Academy of Science in 1916,  He became a member of the Indiana Academy of Science in 1918 and was elected fellow in 1930.

Fred had been vacationing in Fort Wayne, Indiana in August 2017, and decided to enlist. On October 25, he said goobye to the faculty and students and reported at Fort Leavenworth that night for duty as a soldier in the medical corps as a a serologist. He said that he "could not rest content when the government was calling for men skilled in the sciences that make for the saving of life."

Fred was faithful to the college all through his career, serving with us as instructor, assistant professor, associate professor, and professor of biology, physiology and hygiene and later became the head of the Department of Biology and Agriculture. The Indiana State Normal School Board of Trustees minutes of  September 30, 1920 say that "On the recommendation of the president of the faculty, Professor Fred. Donaghy, who has been an assistant in the department and who is in ever way a capable man, was elected head of the department of Zoology, Botany And Agriculture for the period beginning October 1, 1920, and ending September 30, 1921, at a salary of $240.00 per month."

In the spring of 1921, Indiana State Normal School began negotiations for the purchase 8 acres of land for an "experimental farm," a few miles miles south of Terre Haute near Allendale. The ground was rough and he and his students "tamed the bush" by planting an orchard, gardens and a variety of native Hoosier trees and shrubs. During the 1920s and 1930s, hundreds, if not thousands, of Botany, Biology, Zoology and Agriculture students made good educational use of the property, which was variously referred to as a "biological reservation" and the "College farm".

In 1926, he secured another leave of absence to accept a fellowship at Johns Hopkins University and work towards his doctorate. While at Johns Hopkins University he was elected to Sigma Xi.  His doctorate was conferred in 1928, and Dr. Donaghy returned to continue his work as professor of physiology and hygiene. His doctoriate dissertation, "Studies on Immunity to a Transplantable Rat Tumor: Walker's Tape Sarcoma," a study of cancer and tumors, was published in the American Journal of Public Health in 1930.

In 1939, the Indiana State Teachers College Board of Trustees approved the acquisition of two adjoining acres to Allendale Lodge and the construction there of a stone building - the whole to be renamed the Arboretum and College Lodge. The National Youth Administration (NYA), a subsidiary of the WPA, paid a modest monthly compensation to ISTC students who provided labor for the lodge construction. 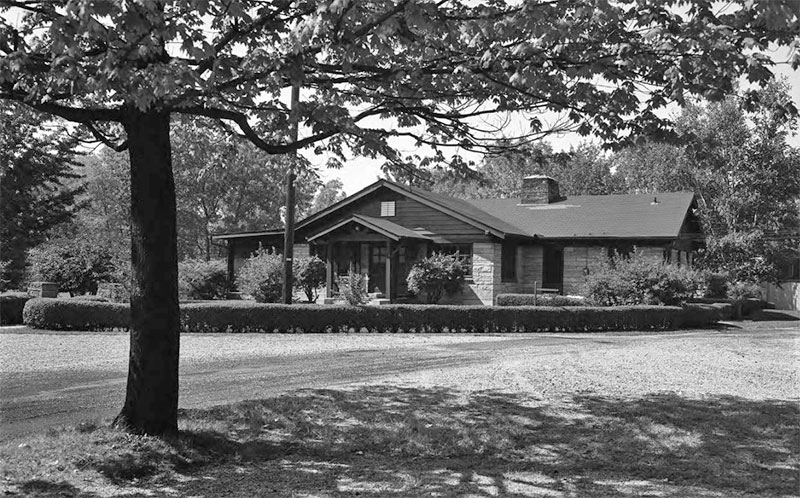 In 1953, ISTC President Ralph Tirey described the facility as a "biological preservation where students of botany and zoology may become acquainted first hand with plants, trees, and various forms of animal life. It also furnishes facilities for student and college social, educational, and cultural activities." 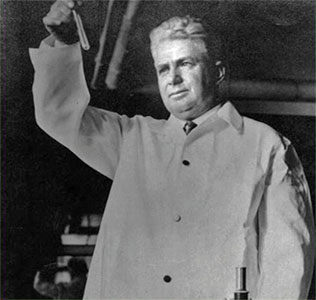 Fred Donaghy later in his career

Fred died while in still in service as Professor of Physiology and Hygiene at Indiana State Teachers College on July 8, 1938, aged just 59. At the time of his death he had two beautiful gardens at North Terre Haute in which he spent all of his spare time, and it was while working in one of his beloved gardens, where he would raise rare plants, that he suffered a cerebral hemorrhage.

Fred always shared his knowledge, was an untiring worker and was a great mentor to his students, helping a great many of them receive scholarships and fellowships, encouraging them and even assisting them financially from his own salary.

Fred captured the imagination of artist Gilbert "Gil" Brown Wilson, also an alumnus of Indiana State Normal School. Gil painted at least two murals featuring Fred Donaghy, perhaps more. The mural at Woodrow Wilson Middle School was completed in 1935 and features Fred Donaghy at work. The other was painted in 1938 in the main corridor of the Science Hall and showed two images of Fred, one conducting a class outside under a tree. The Science Hall was built in 1917, became the College of Business in 1962, and the Classroom Building in 1981. The mural was lost in 1998 when the building was demolished.

Indiana State president Richard Landini initiated the first Donaghy Day on April 7, 1976. In 2014, the Terre Haute Walk of Fame committee inducted him into its ranks, honoring him with a sidewalk plaque on the 500 block of Wabash Avenue. 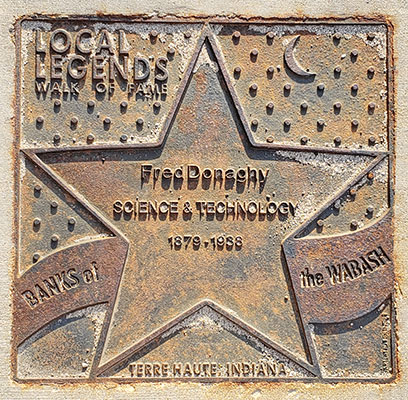 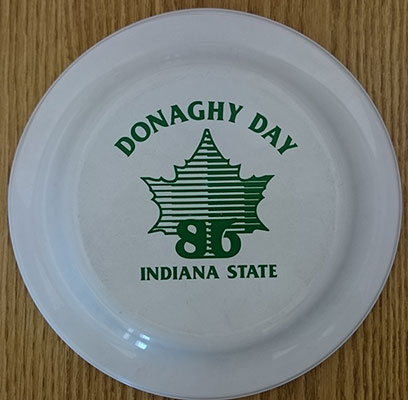