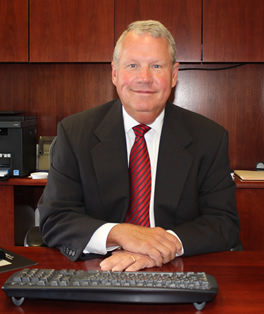 Mike Alley is Commissioner of the Indiana Department of Revenue. Mike comes to the Department after decades of management experience in the banking industry.  Previously, Mr. Alley served as President and CEO of Fifth Third Bank of Central Indiana in Indianapolis from 1989 through 2002. In 2009, he was named interim chairman and CEO of Integra Bank Corporation in Evansville, a position he held until 2011. He also served as the president of the board of trustees of Indiana State University. Currently, Mr. Alley is chairman and owner of Patriot Investments, LLC, a company he founded in 2002. In addition, he serves on a number of nonprofit boards, including the Indiana State University Foundation, the Boy Scouts of America Crossroads of America Council, and the United Way of Central Indiana. Mr. Alley holds a bachelor's degree in accounting from Indiana State University. 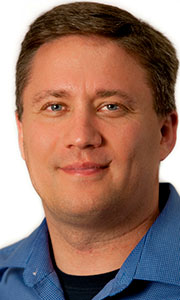 Ryan Cahoy has been involved with LED technology and digital signage for nearly 20 years. Through the years he has been involved in all facets of the business from product and software development to sales and marketing. Ryan primarily works with education clients to design solutions to integrate with data feeds and other systems to help them get the most out of their display technology.

For over 20 years Rise Display has been providing LED Ticker Displays and Digital Signage for a wide variety of applications. Each year work with business schools across North America to design, install, service, and support financial trading labs. If you are interested in seeing a directory of labs and other resources check out www.universityfinancelab.com.

Armed with proprietary indicators and investment programs, Buff Dormeier dynamically advises affluent individual and institutional clientele on strategies to help meet or exceed their specific investment objectives in what are often uncertain market conditions. This is accomplished by utilizing proprietary state of the art portfolio management strategies designed to grow and preserve wealth in a risk conscience manner.

Buff is featured in "Technical Analysis and Behavior Finance in Fund Management" – a European book comprised of interviews with 21 successful investment professionals. Buff is also a published author through one of the world’s top publishers Wharton Pearson. Buff received the 2007 Charles Dow Award, which recognizes research papers breaking new ground or which make innovative use of established techniques in the field of technical analysis. The Charles H. Dow Award is considered one of the most important recognitions in the field of technical analysis. Buff is a double major graduate of Indiana State University participating in both varsity track and cross country as a student athlete.

Donald B. Edwards, MBA, CFA, is President and Chief Investment Officer of Wabash Capital, Inc., which he co-founded in 1997. He chairs the Wabash Capital Investment Committee with chief responsibility for defining the investment strategies for clients and implementing the fiduciary investment process for corporate retirement plans.

Don is a member of the CFA Institute and the Indianapolis Society of Financial Analysts, and annually serves as an exam grader for the CFA exam. He received his B.S. in Finance and MBA degrees from Indiana State University, and received his Chartered Financial Analyst (CFA) designation in 1997.

Dr. Haddad has published over 30 papers. His papers have been published in leading refereed journals. Dr. Haddad was the Financial and Accounting Manager at the American Family Insurance Co., the Executive Director of Research at the Palestinian Monetary Authority, the Vice President for Administrative and Financial Affairs and Dean of College of Business and Financial Sciences at Arab American University and a Research Scholar and Head of Economic and Social Studies Division at the Emirates Center for Strategic Studies and Research. He is the co-director of the UTM Tennessee Valley Authority Investment Challenge program and a UDAID visiting scholar and senior financial education consultant. 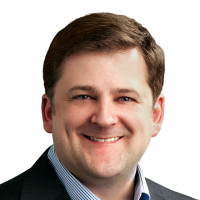 As the Director of Trading Products at TD Ameritrade, John Hart is responsible for the continued development and innovation of the thinkorswim and Trade Architect trading platforms as well as the mobile trading applications. He gained years of professional trading experience from the Chicago Stock Exchange (CHX) and later as a proprietary trader. John joined thinkorswim in 2007, where he introduced and developed foreign currency trading as the Director of Foreign Currency Trading. A life-long technologist, he began programming at a young age and continues to search for new ways to merge the digital and financial worlds. John holds a BS in Computer Engineering and an MS in Computer Science from Tufts University.

Sharon Robinson, is a finance instructor at the Scott College of Business at Indiana State University. She is a Certified Financial Planner professional and educational consultant in private practice. Sharon has prior experience as an investment analyst with a private practice financial planner in Madison, WI and underwriting analyst with Blue Cross of Northwest Ohio (now BCBSO). In addition to her role as instructor, she has worked with ISU Scott College of Business as the Assistant Director of Undergraduate Student Services and with Texas Tech University as a program manager and educational consultant.

Mary Ryan started with thinkorswim in 2006 and has held many ever challenging roles over the years. Her diversity of positions started on the customer service support team. She then worked in the forex department before becoming a broker on our trade desk. After the acquisition of thinkorswim by TD Ameritrade, Mary held a variety of roles involving customer education events and development. She is currently leading TD Ameritrade’s University Program development and manages a variety of trading related partnerships and initiatives.

Shawn A. Sabau is Vice President and Financial Advisor at City Securities Corporation. He holds the Certified Financial Planner (CFP) designation. Shawn is a senior partner of the Minas Sabau Group and has been in the financial services industry for over 15 years. Shawn graduated from Purdue University Calumet in 1998 with a bachelor’s degree in business management with a minor in finance. Shawn works extensively with clients on financial planning and has a broad scope of knowledge ranging from bond purchases to options strategies.

Previously, Dr. Smith was associate dean for the Miller College of Business at Ball State University and has previously served as the chair for the Department of Marketing and Management, assistant to the dean for graduate programs, and vice chairperson of the Department of Management. He attained his PhD in industrial/organizational psychology in 1989 from Auburn University.

In his 20 years of leadership experience in higher education, Dr. Smith has actively participated in university governance, having served as senate chair (twice) and faculty council chair in the Ball State University Senate. He has published numerous articles in refereed proceedings and journals, and has delivered presentations and speeches at national and international conferences. He is a coauthor of the current Ball State University Senate Constitution (Senate Reorganization Committee), teaches courses in human resource management, and was named the 1994-1995 Ball State University Teaching Professor (now known as the Excellence in Teaching Award).

Tarek Zaher is a professor of Finance at Indiana State University. He has also held a number of professional positions with the industry and provided consulting services to a number of international institutions including the World Bank, the William Davidson Institute at the University of Michigan, and the Academy for Educational Development in the United States and the Ministry of Work in Dubai. He has also offered a number of seminars in investment and international financial management at a number of institutions around the world.