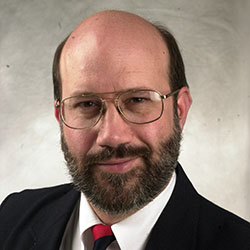 Dr. Paul Fiorelli is the co-director of the Cintas Institute for Business Ethics at Xavier University. He was also selected to become part of an Ad Hoc Advisory Group to the United States Sentencing Commission in 2002-2004. Professor Fiorelli received both his law and M.B.A. degrees in 1981, and has been a Certified Compliance and Ethics Professional since 2008. He has taught at Xavier University since 1983 and has been a tenured, Full Professor since 1994. He has received the following teaching awards: (1) the Dean’s Award for Teaching Excellence in 2003, 2005 and 2006, (2) Teacher of the Year for the entire Williams College of Business in 1995 and 1997, (3) the Teacher of the Year for Executive MBA’s in 1992, 1997 and 1999, and (4) the Lamp of Knowledge Teaching Award for the General Electric MBA program in 2002.Professor Fiorelli has consulted, researched, lectured, and written extensively on the Federal Sentencing Guidelines. He completed a research grant regarding the Guidelines, funded by the Institute of Internal Auditors - Research Foundation. The outcome of the research has been published as a book entitled, "The Federal Sentencing Guidelines: Guidelines for Internal Auditors".

Tom Roberts is the Director of Enterprise Management Services, responsible for several essential missions within the Defense Finance and Accounting Service (DFAS). He enhances the DFAS culture by cultivating project-based principles throughout the organization; improves the development and proliferation of acquisition strategies resulting in best value contracts; promotes continuous process improvement throughout the enterprise; and develops and executes supporting agency capabilities and solutions to facilitate achievement of the DFAS strategy.

He also serves as the agency’s Component Acquisition Executive (CAE) ensuring implementation and compliance with all Department of Defense acquisition and contracting policy and regulations. Prior to this assignment, Roberts served as the Chief of Staff for the Deputy Director for Operations. In this role he was responsible for work flow and staff action control for the Operations directorate. He assisted the Deputy Director in various other ways to improve the efficiency and effectiveness of the directorate.

Joe Evelo has 36 years of experience providing affluent families and institutions with time-honored wealth management advice and services. As Founder and Senior Investment Strategist for the Evelo/Singer Group, he is primarily responsible for leading and guiding the Investment Policy Committee to establish the overall investment allocation positioning and themes that govern clients’ strategic asset and style allocations within the guidelines of their personal investment policy statements.

Leading a group of 17 professionals who manage and consult on assets in excess of $2 - 3 billion, Evelo has received many top honors from his firm and from the Securities Industry. Notably, he has been consistently recognized by Robb Report’s Worth, Barron’s Winners Circle and other industry publications as one of the top 100 wealth advisors nationally since 2000. Evelo was recently named as the Top Advisor in Ohio on Barron’s "America’s Top 1,000 Financial Advisors," February 18, 2013. Evelo earned his Bachelor of Arts in Economics from Indiana State University and is active in the Greater Cincinnati community serving on the Board of St. Vincent de Paul, the Boys and Girls Clubs of Greater Cincinnati, the Salvation Army, Catholic Inner-city Schools Education Fund (CISE), and Boys and Girls Hope. Evelo splits his time between Cincinnati, Ohio and Naples, Florida with his wife Michele.