Indiana State has been a significant part of the couple's life. Mike Alley is a 1978 accounting graduate of the College of Business, while Amy Alley is a graduate of the College of Education in 1978. The couple's passion for the university has been evident as they have been actively involved in the life of Indiana State, providing the financial resources to preserve the institution's tradition of strong undergraduate and graduate education for more 20 years.

Mike and Amy Alley also demonstrate their devotion to their alma mater through service to the University. Mike is currently president of the Board of Trustees and a member of the foundation board of directors. He has extended his commitment to ISU by accepting the appointment as the chair of the national campaign committee for the March On! Campaign.

He retired in 2002 as president and CEO of Fifth Third Bank of Central Indiana and is chairman and owner of Patriot Investments, LLC. He also serves as a commissioner for the Indiana Department of Revenue. Prior to that, he was asked to serve as interim chairman and chief executive officer of Integra Bank Corp. of Evansville, Ind., a position he held until 2011. 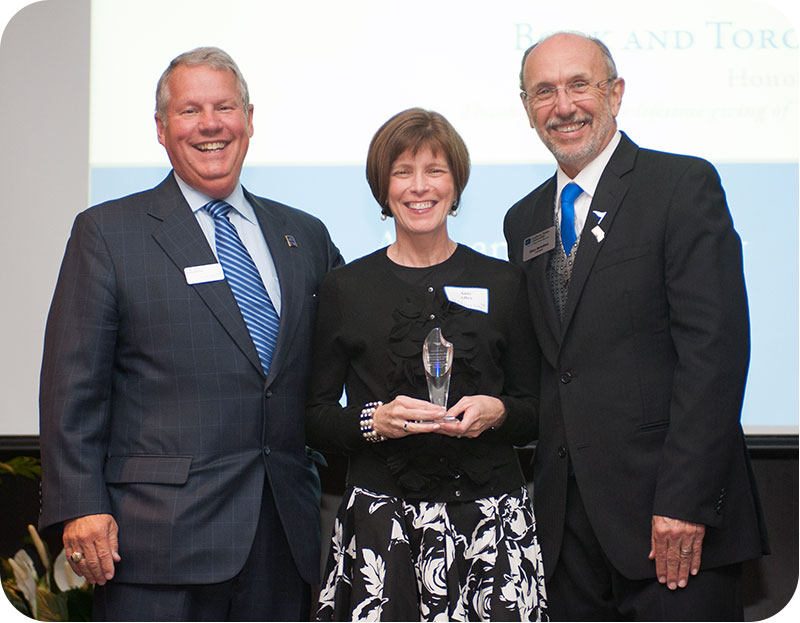 Mike and Amy Alley with Indiana State president Dan Bradley at the 2012 March On! Awards Banquet