"Receiving a degree from Indiana State University has opened so many doors and opportunities for me that giving back is the right thing to do," said Mike Blackwell, a 1971 ISU geology graduate and current volunteer board member of the Sycamore Athletic Foundation. During his time as a student at Indiana State, Mike was a dual sport athlete in football and baseball. He was also involved in many campus activities and organizations, including the Blue Berets, the tandem race, and Alpha Tau Omega.

His campus involvement surrounded Mike with influential and positive role models. These personal relationships Mike developed greatly influenced him to not only get a degree in mathematics, but also pursue new opportunities. "One of my mathematics professors, Tom Pitts, was a great mentor to me. He knew that I was particularly focused on athletics, but he influenced me to get a degree in math, which opened many doors in my lifetime," said Mike. ISU faculty also inspired Mike to apply his learning beyond the traditional classroom setting.

Mike credits his student-athlete experience for his professional and personal successes. He is now the president of MOCO, Inc.(The Mississippi Oil Company) in the Jackson, Mississippi area.

He was afforded all the benefits of athletic and co-curricular programs because of the scholarship support he received from the university. Through his athletic ability and his high school achievements, Mike was awarded a football scholarship from ISU. "Fortunately, the scholarships enabled us to be free of debt after graduation," stated Mike.

His wife, Mary, '70, was awarded a scholarship from the Bayh College of Education. "Giving back to the university allows other students to go to school with the same opportunities as Mary and I. We knew when we graduated that we wanted to pay back the university for what it had done for us."

Mike and Mary established the Blackwell Scholars Endowment with the ISU Foundation in 2005. This endowment annually supports geology, the Bayh College of Education and Alpha Tau Omega students, as well as scholar-athletes in the ISU baseball program. The endowment is a permanent way that Mike and Mary support ISU students. 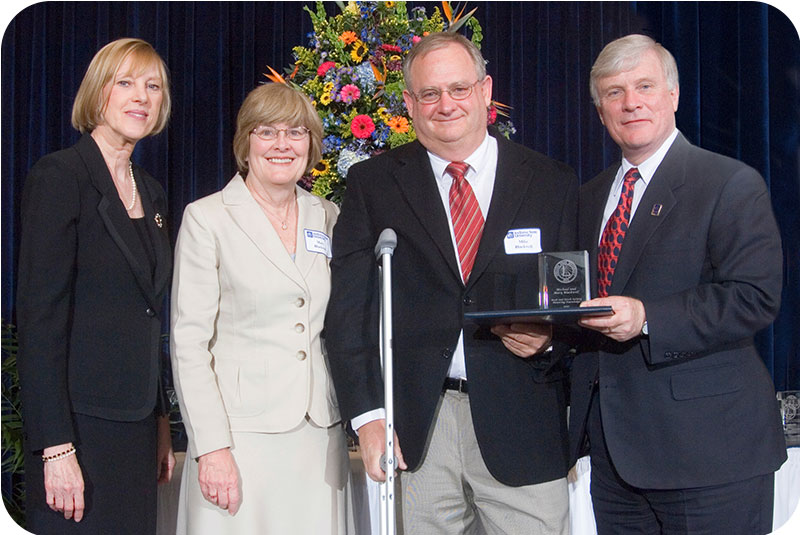 Mike and Mary Blackwell at the 2007 Philanthropy Awards Banquet

The Blackwell Classroom (FD302) is named in honor of Mark A. Blackwell, Special Agent U.S. Treasury, whose office was located on this very location.

Mark Allen Blackwell was born in 1925 and joined the Marine Corp shortly after graduating from Terre Haute’s Wiley high School. After serving in World War II, Mark pursued a degree in business and accounting from Indiana University. For 25 years, Mark worked in Federal Hall in this very classroom, for the U.S. U.S. Treasury Department as a special agent in charge of the Terre Haute office.

As a tribute to Mark, his son, Mike and his family wanted to name this classroom after their father who had done much for the Wabash Valley and the United States of America. 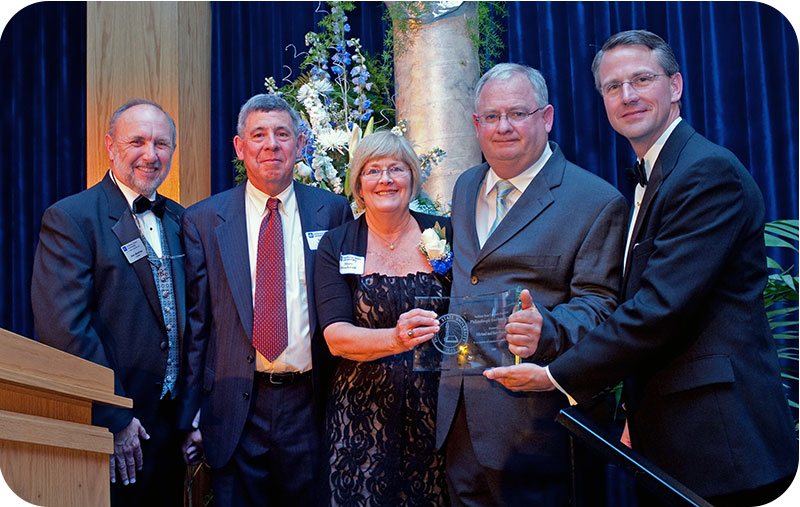