Bill was born in 1967 and graduated from North Vigo High School in 1985. He continued his education at Indiana State University, where he was involved in the Phi Kappa Alpha fraternity and the COOP student organization. Bill graduated with a Bachelor of Science accounting degree in 1989 and a Master of Business Administration in 1994. The Riley’s love for Indiana State and Terre Haute inspired them to name this room in remembrance of Bill.

Bill was the son of Georgine and Gary Riley who reside in Georgia. Throughout his life, bill had many passions, including skiing playing instruments and collecting Star Trek memorabilia. He married his high school sweetheart, Sherri Jean Cornelius (’91), who currently resides in Frankfort, Indiana. 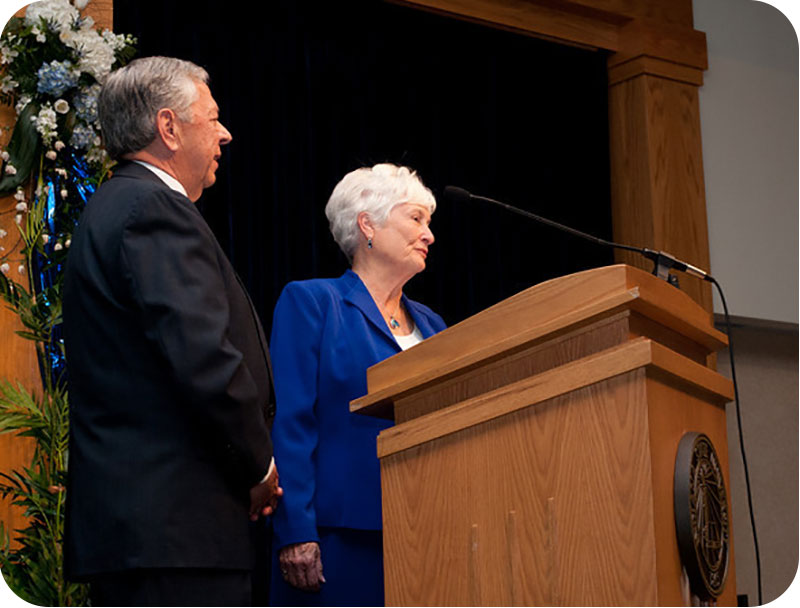 Gary and Georgine Riley receiving the Philanthropic Excellence Award in 2011

Gary and Georgine have played an important role in the College. In 2011 they received the Philanthropic Excellence Award, which is presented to those with a passionate commitment to philanthropy through leadership, vision, volunteerism and personal giving. They have also established the William G. "Bill" Riley Scholarship.