Randy and Nancy Minas have been real friends of the Scott College of Business for years.

A gift from the Minases created the Randall and Nancy Minas Center for Financial Education in the Scott College of Business and supports an electronic trading room where students get hands-on experience. At the couple's insistence, the college's award-winning student investment club manages the endowment. A second gift aided the renovation of the trading room when the college moved into its new home of Federal Hall.

"In addition to these wonderful gifts, both Randy and Nancy volunteer their time to ensure the success of the university and March On! The Campaign for Indiana State," said Larry Boulet, also a College of Business alumnus and co-chair of the March On! Campaign. "Indiana State has been an important part of their lives and establishing the Minas Financial Center allows them to give back to the university and to impact the success of students and faculty in a unique way."

Randall Minas is a 1975 graduate of the Scott College of Business. The couple's daughter, Dawn, earned degrees in business administration and psychology from Indiana State in 2003 and their son Randy will completed an MBA at Indiana State in the spring of 2010. Randall Minas is a member of the university's board of trustees and Nancy Minas serves on the national campaign committee for March On! 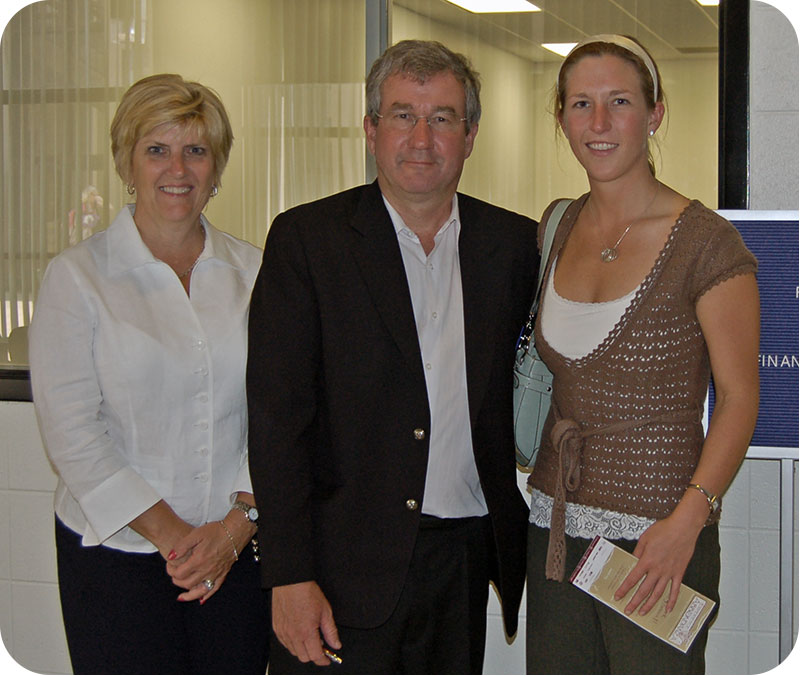 Nancy, Randy and Dawn Minas in 2007 outside the original Financial Trading Room in Statesman Towers, the home of the Scott College of Business before moving into Federal Hall