A Terre Haute native, Baesler earned his degree in business administration from Indiana State in 1972 and was the recipient of ISU's  Distinguished Alumni award in the fall of 2008.. From there, he became a partner with his father at Baesler's Market, making him the fourth generation to operate the area's oldest local retail grocery store. He now also owns a branch of his store in Sullivan, IN.

As a business owner, Baesler has encouraged numerous young adults to pursue their education at Indiana State, offering them financial reimbursement for grades as well as adjusting their work schedules so they could meet classroom obligations.

Baesler has given back to his community by donating food to Harmony Haven, supporting the Spay-Neuter League, Terre Haute Boys/Girls Clubs, and the Boy Scouts of America. He has also supported his alma mater as a Sycamore Athletic Booster, a member of the Vigo County Alumni chapter and supporter of Indiana State's Alpha Tau Omega chapter. In 2008, he was appointed by the governor as a member of the ISU Board of Trustees.

He currently serves as a member of the board of directors for many organizations, including Wabash Valley Crime Stoppers, Terre Haute Savings Bank, Terre Haute Chamber of Commerce, as well as past chairman of the board for the Indiana Retail Grocers.

He and his wife, Julie, an ISU alumna in Family & Consumer Sciences, reside in Terre Haute. They have two sons, Nicklas and Casey. 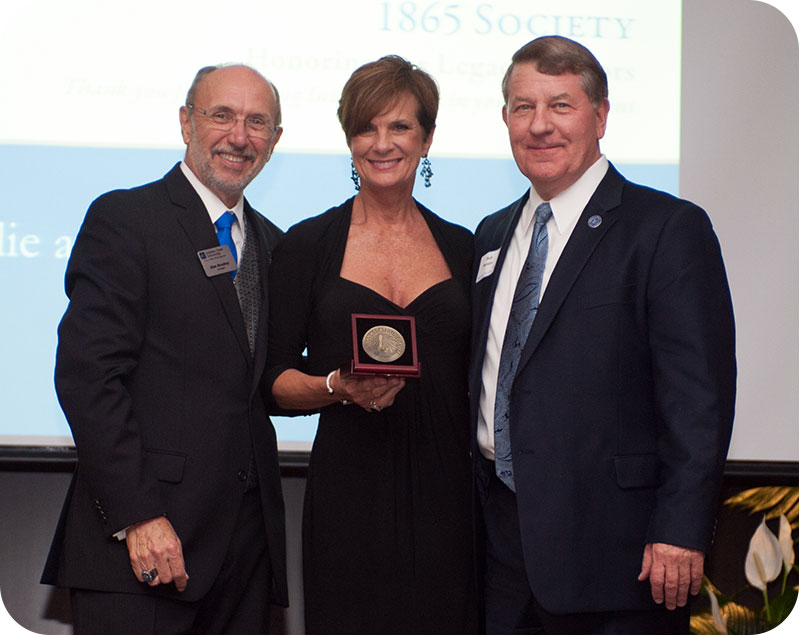 Bob and Julie Baesler with Indiana State president Dan Bradley at the 2012 March On! Awards